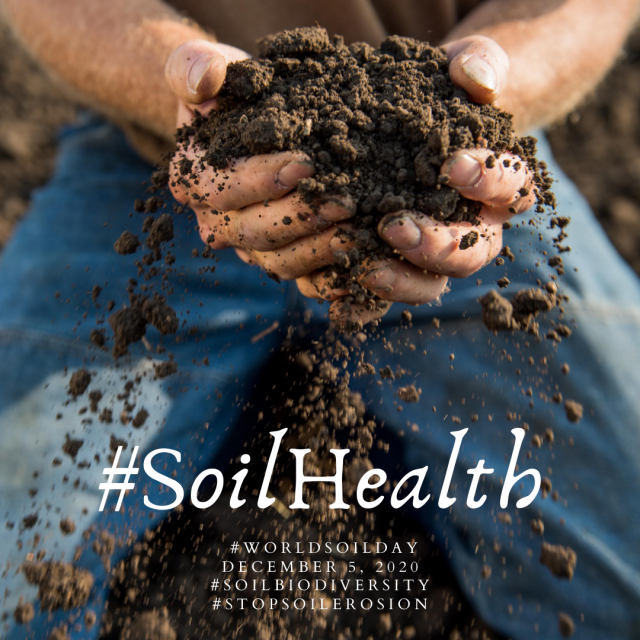 As we honor World Soil Day 2020 on December 5, we must continue efforts to keep soil alive by protecting its biodiversity because healthy soil is the very foundation of productive, sustainable agriculture.

You may think of farming as crops that grow above the ground, but none of that happens without what goes on below…in the soil itself. This life-sustaining substance is so much more than just dirt.

Soil is where farmers start and end their crop cycles. Without proper care to maintain healthy, fertile soils, the land will no longer be able to produce crops, and our entire existence on this planet is at risk. Soil that’s alive and healthy can keep us alive and healthy!

As our global population continues to grow, our farmers are asked to produce more from every acre of land, and do so in a cost-effective way that ensures a safe, affordable food supply. To achieve higher yields every year, they must be scientists and soil doctors who truly understand and respect what’s under their boots and the tires of their farm equipment.

Without getting too deep into the science of dirt, soil organic matter contains both living micro-organisms and dead components of fresh residue and humus, per the Ohio State University Extension. 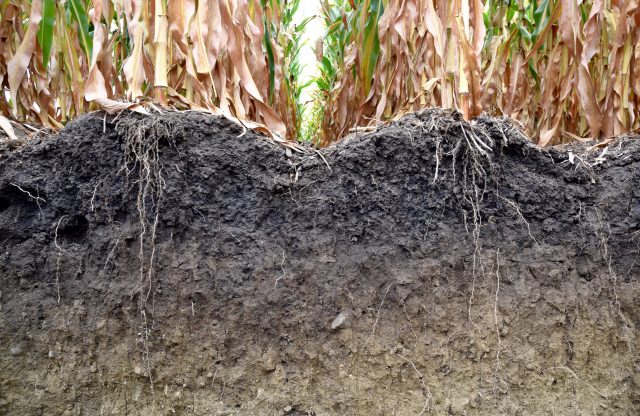 According to the Food and Agriculture Organization of the United Nations (FAO), soil biodiversity relies on an entire underground community to feed and protect plants. In the past year, we shared some of this information about the necessary work of worms, beetles, microscopic bacteria and fungi found in healthy soil. 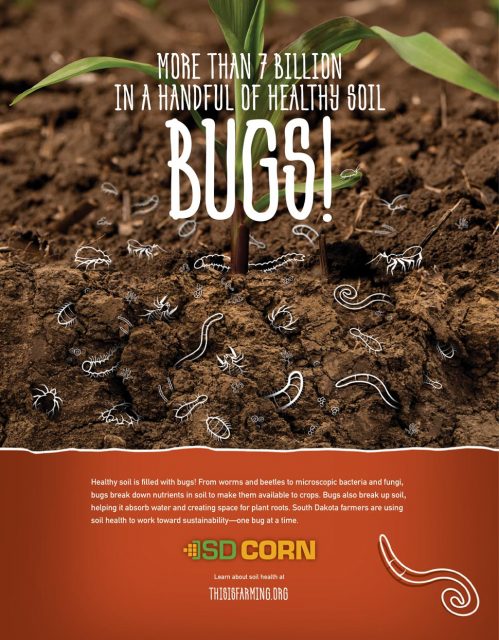 Organic matter acts like a sponge to hold more water. Every 1% increase in organic matter results in as much as 25,000 gallons of water-holding capacity per acre (NRCS).

Well-maintained soil can more-easily endure the extremes of volatile weather from flooding to drought. Healthy soil forms clumps of granules called aggregates that help prevent erosion and improve water infiltration instead of run-off.

The end goal is to prevent the release of carbon from the soil, which happens when the ground is tilled. Unfortunately, the more carbon that’s added to the atmosphere causes climate concerns that affect us all.

When it comes to soil healthcare, most management practices fall into three categories: what’s on top of the ground, what’s in the ground, and what you do to the ground.

The crops that are planted in the soil can build, maintain, or reduce organic matter. Rotating between crops, such as planting corn one year then soybeans the next, is also helpful for biodiversity.

After harvest, some farmers choose to plant high-carbon cover crops that can actually feed the soil more carbon, while cover crop roots provide a continual food source for microbes. Farmers can also add livestock to graze those cover crops, saving on other costs for feed and fertilizer. 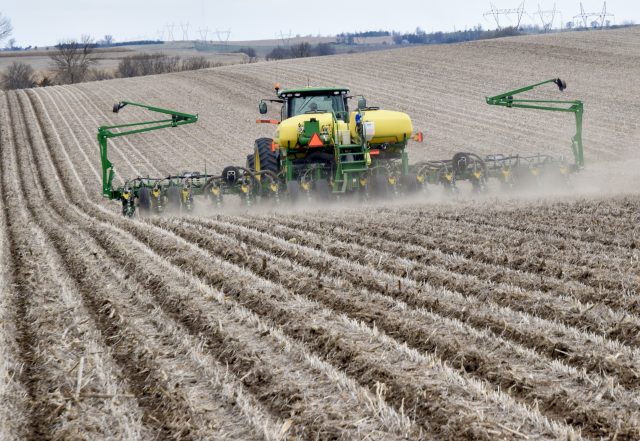 One of the more obvious soil healthcare concepts is to reduce soil disturbance by choosing no-till or reduced-till farming practices. Instead of using plows and disks to turn over the entire field’s soil, farmers can plant seed into a narrow slot without moving much soil. In fact, they can even seed right into existing crop residue.

This goes hand-in-hand with another key concept of leaving more residue or “cover” on top of the surface to help prevent topsoil erosion, catch snow for moisture, and reduce surface run-off.

American Farmland Trust’s research shows that adoption of cover crops and no-till as regeneration practices on 70% of America’s cropland is equivalent to removing 53 million cars from the road. 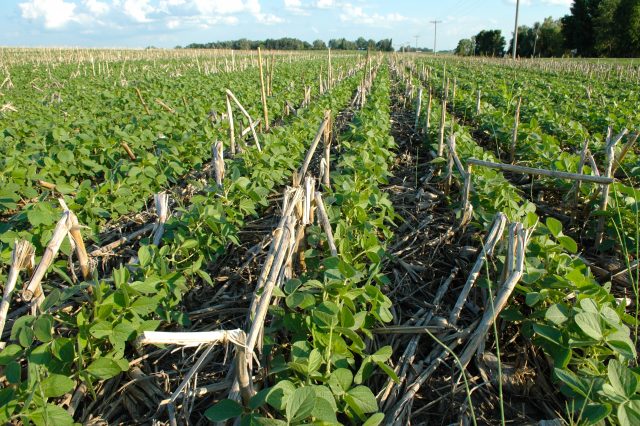 Thankfully, South Dakota farmers now choose no-till practices on over 50% of their total acres, and more than 900,000 acres of cover crops were planted in this state last year (NRCS 2019). According to the 2019 CSI, 20 counties, mostly in the central part of the state, have more than 75% of their cropland under no-till systems.

Stewards of the Land 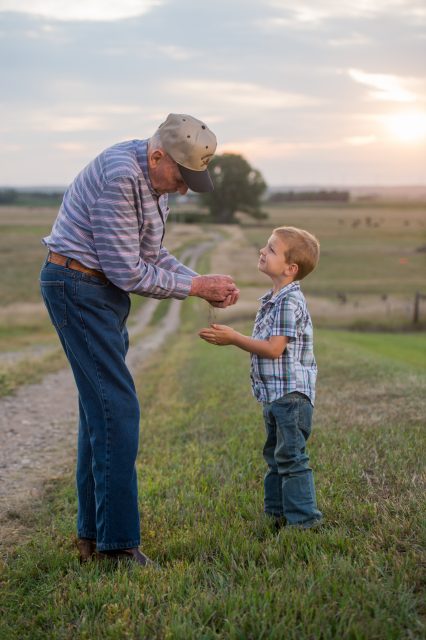 By managing for optimal soil health, farmers can partner with the land – not against it – to minimize erosion and run-off, maximize water infiltration, improve fertility, save money on costly inputs, and ultimately, improve the livelihood of their land.

To grow a corn crop in South Dakota, farmers have to manage many aspects from weather to water, as well as weeds, disease, and pests that threaten their crop yields. The soil is another major factor they must manage to succeed.

Having a healthy soil isn’t just for the sake of this season’s yields though. Sustainability through soil health is a long-term solution for profitability. Achieving and maintaining healthy soils are necessary to ensure future generations can continue to benefit from the soil’s ability to produce a crop. 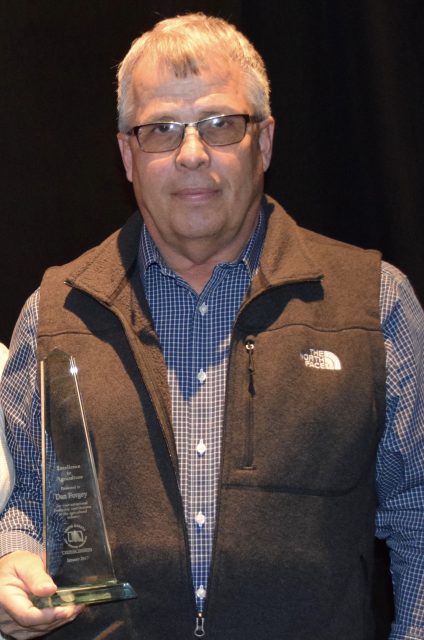 As a closing thought to mark World Soil Day 2020: “Soil health is difficult to build, hard to maintain and easy to destroy,” shares Dan Forgey (shown at right) of Cronin Farms in Gettysburg, a long-time soil-health advocate, 2016 Leopold Award winner, 2017 SD Corn Excellence in Ag award winner, and no-till farmer since 1993. Forgey was a featured speaker at the Fall 2020 National Cover Crop Summit. 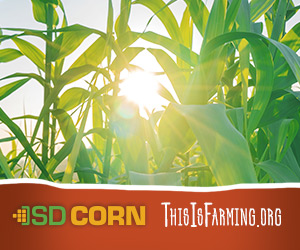 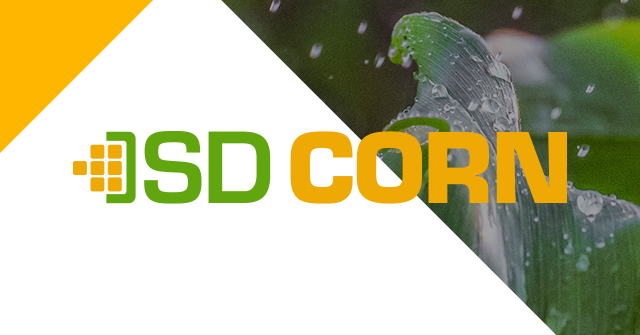 Scientists have proven that corn grown in South Dakota actually adds carbon to the soil by virtue of the unique Northern Plains climate and increased use of minimum tillage practices by farmers.

How drain tiling helps the soil.

Drain tiling in a field is similar to drainage around your home — diverting water where it is not wanted. It’s a way to manage excess water and to keep nutrients in the fields. Tiling helps with: