You can almost smell the corn dogs in the air and hear the music blaring from the Ferris wheel. It’s that time of year in South Dakota when we all embrace a bit of a break. Farmers and families take the chance to get away before the labor of the harvest ahead, while kids get in one last hurrah before going back to school. It’s fair season.Fairs bring countless benefits to our communities: positive economic impact; an opportunity to exhibit your produce, crafts and hobbies; a chance to learn something completely new; a glimpse at our future generation of farmers and business people; and a whole lot of laughter.But the sounds of fun on the midway or cattle bellowing in the livestock barn aren’t just noise, they’re the sounds of our agricultural and local communities coming together to celebrate a common heritage. A place where multiple generations and lifestyles intersect. In digging into the history of South Dakota’s fairs, we also asked people of all walks of life to share why fairs are so important.

The Turner County Fair in Parker has been in action since October 1880 when it held its first official fair, a smash hit by all accounts until day three. The weather rapidly deteriorated into a blizzard, sending attendees rushing for home. Some even hid in between haystacks to take cover from the elements.The Turner County Fair has seen a lot since then: prairie fires, World War II, a polio epidemic that cancelled all 4-H activities and a 2003 tornado that left the fairground in shambles. Volunteers rallied to make sure the show would go on and, consequently, Turner County saw record attendance that year in a dramatic show of support. Today, the fair is widely know for being the “Best Four Days of Summer” featuring a variety of local foods, spectacular nightly car races and exhibits rich in local history. 2017 will mark the debut of a new exhibition building that has allowed the fair to increase the number of commercial exhibitors. The building was built through individual and business donations.Rallying around a shared history has always been the South Dakota way. Fairs just naturally bring people together. Paul Christensen of Viborg attends Turner County almost every year and says, “I always run into friends I haven’t seen in ages,” says Christensen. He’s quick to praise the local food too. “Turner is known for its homemade pie and ice cream. Also some of the best eats around from the pork producers, beef producers and the best chislic in the world.”“The quality of the food is really good,” says Bob Merrill, who has managed and assisted the Turner County Fair for over 20 years. “The local foodstands are run by the churches and ag producer groups, so that money stays in the local area and does lots of good things.”

The South Dakota State Fair actually began in -- North Dakota.In 1885, the Territorial Legislature in Bismarck, North Dakota, approved a legislative act to appropriate $5,000 for an annual “exhibition.” The fair moved around to various cities until landing in Huron in 1905. Land near the railway was deeded to the fair, a grandstand from Yankton was imported and several new structures were erected to construct the fair’s permanent home.For all its growth throughout the years, the South Dakota State Fair has also endured its challenges. 1977 saw the worst fire in the fair’s history, destroying the feed and forage building, with approximately 93,000 people on the fairgrounds at the time. Heavy snowfall collapsed the 4-H beef barn in 2001. But the fair was not deterred. Today’s State Fair even boasts a city within a city, hosting approximately 2,000 campers each year.4-H is at the heart of most fairs, allowing a community of kids to get together and show off their hard work in arts, produce and livestock. But it’s more than that according to John Jastram, a Sioux Falls based artist. “It’s about kids raising animals in the most humane way and learning their ultimate fate. Respect for how food gets on their table.”“Education is critical,” says South Dakota State Fairground Manager Peggy Besch. “It takes so many forms in things like showing livestock, performing arts and public speaking.”This year’s State Fair will again offer “South Dakota’s Largest Classroom” with over 500 kids taking part in educational activities focused on agriculture, history and animals. The FFA Ag Adventure Center has also made expansions to add interactive exhibits, including a robotic milker. Besch adds, “Even if you’re not someone directly involved in ag, you still get to experience agriculture hands-on.”

The youngster on the block

By comparison, the Sioux Empire Fair is the youngster on the block with an origin dating back to the late 30s when Mrs. Winona A. Lyon donated 50 acres of land west of the Big Sioux River. The fair has since grown in attendance to over 320,000 annually. Held on the W.H. Lyon Fairground in Sioux Falls, it is the state’s most urban fair, presenting a great opportunity for farm residents to take in city life and city residents to learn more about agriculture, all while having a lot of fun doing it.Known for its high-profile evening concerts, the Sioux Empire Fair also continues to be big into advocacy. This year’s fair again featured an Ag Appreciation Day, as well as days dedicated to conservation and honoring our military.Jessica Kerher, a Sioux Falls city girl turned Canistota country girl, enjoys taking in the fair with her young family. “Our kids absolutely love the animals,” says Kerher. “They enjoy learning about them, watching their friends show for 4-H and petting them. Plus, we like giving back to the community every time we purchase food from local organizations.”While an event the size of the Sioux Empire Fair is months and months of budgeting, planning and logistics, the connections that happen at the fair are spontaneous. Fairs are one of the rare places where there’s something for everyone, and everyone loves coming back.Melissa Schweitzer Byington, a Timber Lake, South Dakota native puts it even more simply, “Fairs are a celebration of the finer parts of us.”And when agriculture and community meet, that’s a fine fair -- and a fine way of life. 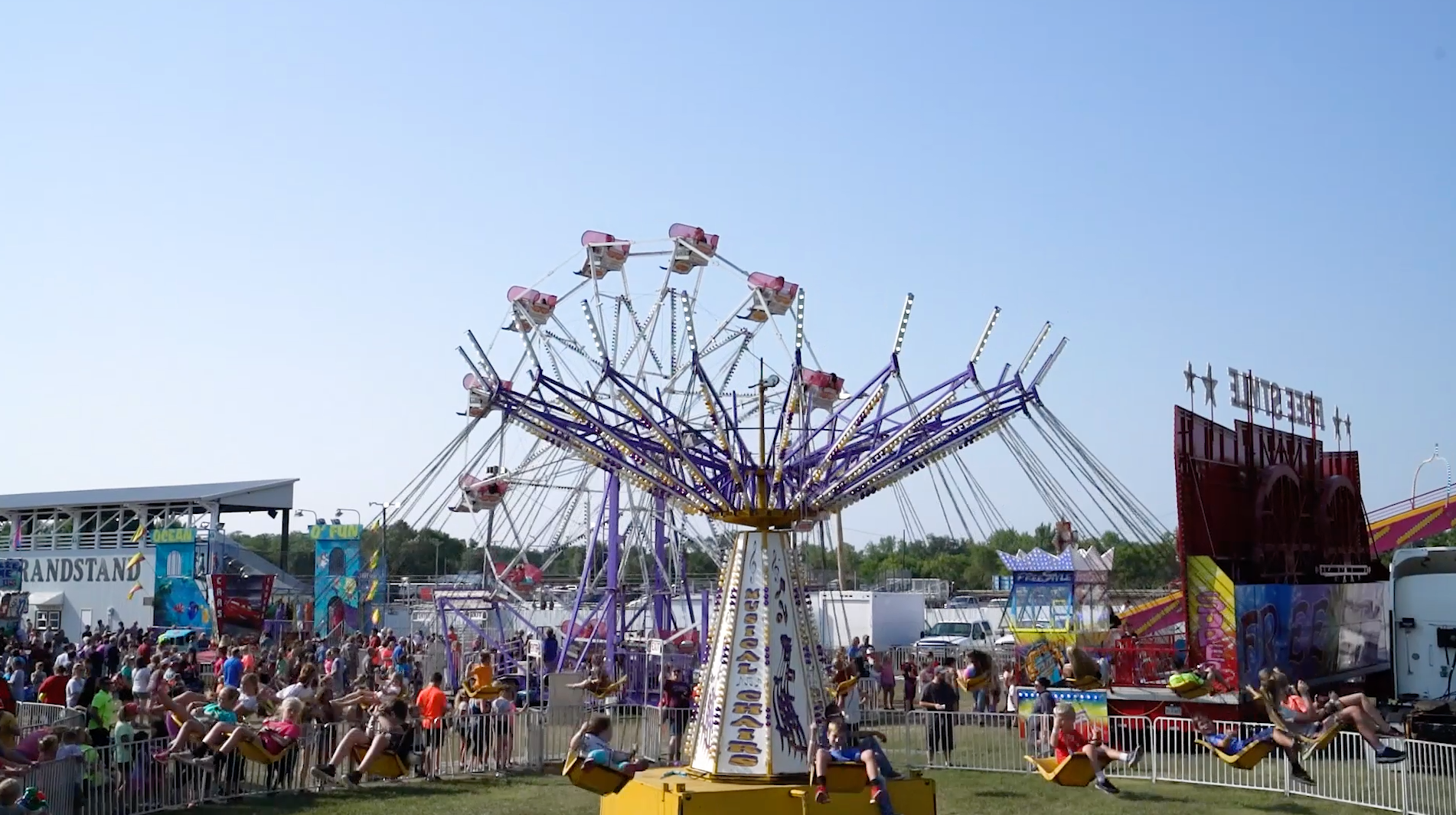