Most of us know that milk comes from somewhere before the grocery store, and we are taught at a young age that cows who live on farms make milk. But beyond that, we don’t give it much thought.

For the most part, we are fortunate that we haven’t had to worry about a shortage of milk or dairy products. It seems we can always find a cold gallon of milk at the grocery store or a pint of our favorite flavor of ice cream. And for that, we have our dairy farmers to thank!

June is National Dairy Month, which makes it a perfect time to learn more about cows and what all they provide. While Wisconsin may hold claim to fame as the cheesiest dairy state, South Dakota is no stranger to cows.

In fact, our dairy industry has been growing faster than any other state. We’ve increased milk production by almost 60%!

Since 1970, South Dakota’s milk production has risen to record levels of 3.1 billion pounds of milk in 2020.

Obviously, that growth in milk production means we had to have more cows in the state!

Today, 121,000 dairy cows live on 171 dairy farms, which are 95% family owned. Much of the state's dairy industry is concentrated along the I-29 North corridor.

Bel Brands USA, maker of the popular Babybel red-wax-covered circular cheese snacks, built its factory on 48 acres in Brookings back in 2014. The site makes 22 million pounds of cheese a year, which is about 1.5 million Mini Babybels a day.

Agropur in Lake Norden expanded in 2019 to triple its capacity from 3 million to 9 million pounds a year. This calls for the output of an additional 85,000 cows.

In Milbank, the Valley Queen Cheese facility began back in 1929 and recently grew its facility by 25% to produce 200 million pounds of cheese each year. They use 1.8 billion pounds of milk from 82,000 cows on South Dakota and Minnesota dairy farms.

Further expansions are expected within the state, and so will the need grow for thousands more cows.

DYK: Milk is found in 94% of American households and accounts for $14B in annual sales.

THIRSTY FOR A GLASS OF COLD MILK?

The appreciation for a cold glass of milk with a meal or snack may be a natural choice for many, but across the country, fluid milk consumption has been steadily declining. In most cases, consumers are opting for a different beverage, while some are reaching for non-dairy alternatives made from soy, nuts or other sources.

THE CLASSIC CARTON OF MILK

While many school lunchrooms across America still serve milk in the classic cardboard carton, McDonald’s changed to resealable single-serve plastic bottles. They saw sales grow from 49 cartons per store each week to more than 350 bottles per store per week.

DYK: Lactose-free milk such as Lactaid is one of the fastest growing segments in dairy, growing $604M in the past five years.

Today, milk is marketed toward students and athletes alike as a nutritious and delicious beverage choice that fuels growing brains and bodies. A new twist focuses on a “new” sport and its athletes — gaming.

The dairy industry is trying to reach Gen-Z by using popular gamers such as Minecraft’s Captain Sparklez. Hashtags for a contest such as #BeattheLag, a gaming term about delays due to slow computer hardware or internet connections, have helped reach this younger crowd by talking about milk as a way to fuel their own energy and speed up their reaction times.

Dairy Management, Inc. (DMI) at usdairy.com ran the contest last month to encourage kids ages 13 and older to create a social media blast of their best snack creation using dairy products. The online judging ends soon and winners will be announced via a live Twitch (gaming video streaming service) so follow @dairygood on social media to see who wins.

Most of us recall the famed “Got Milk?” ad campaign that began in the 1990s. It featured famous people sporting a milk mustache while drinking a glass of milk. It was retired in 2014 after two decades of use but last year the memorable marketing hook was revitalized to attract the younger Gen-Z crowd on TikTok with the #GotMilkChallenge.

Another campaign from MilkPEP on TikTok uses the #HoldMyMilk hashtag to show someone passing a milk to a friend before performing some athletic feat, then coming back to finish the milk. "The Wall" is quite the feat!

DYK: It takes about 10 pounds of milk to make one pound of cheese!

MUCH MORE THAN JUST MILK

While fluid milk is what first comes to mind, dairy products are quite diverse beyond the iconic glass of milk or the creamer in your morning coffee. Cheese and ice cream treats are also prime uses for milk. Dairy products include cottage cheese, sour cream, yogurt, kefir, and even eggnog. And good cooks won’t let us forget about butter!

DYK: We eat about 36 pounds of cheese each year, while Europe eats 70 pounds annually!

YOU CAN SAY “CHEESE” BUT CAN YOU SAY “CHARCUTERIE?”

Charcuterie is a Pinterest-inspired trend of serving a diverse selection of cold meats and a variety of cheeses along with crackers or breads on a board or tray. It’s become popular snack or meal idea for many who love to entertain or even for just eating at home together as a family. (If you’re new to the concept, this blog/video will get you up to speed quickly!)

It’s hard to determine if charcuterie is just a fad or whether it will last, but it definitely helps sell more cheese! And that means more milk and more cows!

DYK: Pizza is tops in cheese! About 25% of all cheese consumed in the U.S. is used on pizzas!

MoDak Dairy of Goodwin (east of Watertown, near Kranzburg) is opening the Moes family farm to tours for its 30th year on Saturday, June 12 from 10 a.m. to 1 p.m. With more than 2,000 cows milked three times a day, there's plenty to see. Milk is delivered to the Valley Queen Cheese factory north in Milbank. Visitors can pet baby calves and eat free grilled cheese sandwiches and ice cream to celebrate June’s National Dairy Month. MORE INFO.

In addition to eating corn and DDGS (a coproduct of ethanol production), did you know dairy cows recycle/upcycle food waste? "With high-producing cows consuming an average daily ration of 110 pounds of wet feed a day, ... dairy cattle feed diverts an approximate 204 to 306 million pounds of waste byproducts every day." 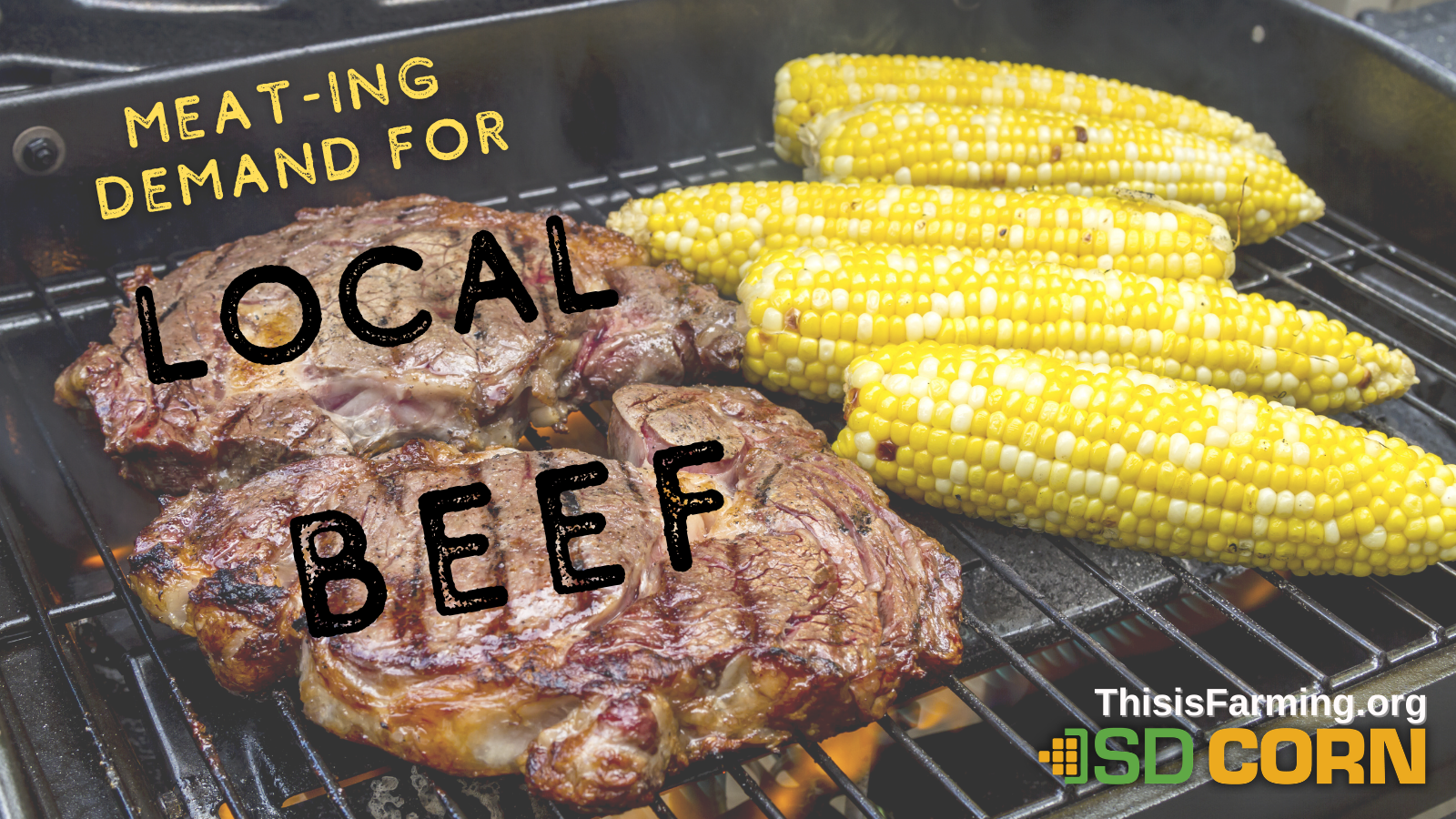 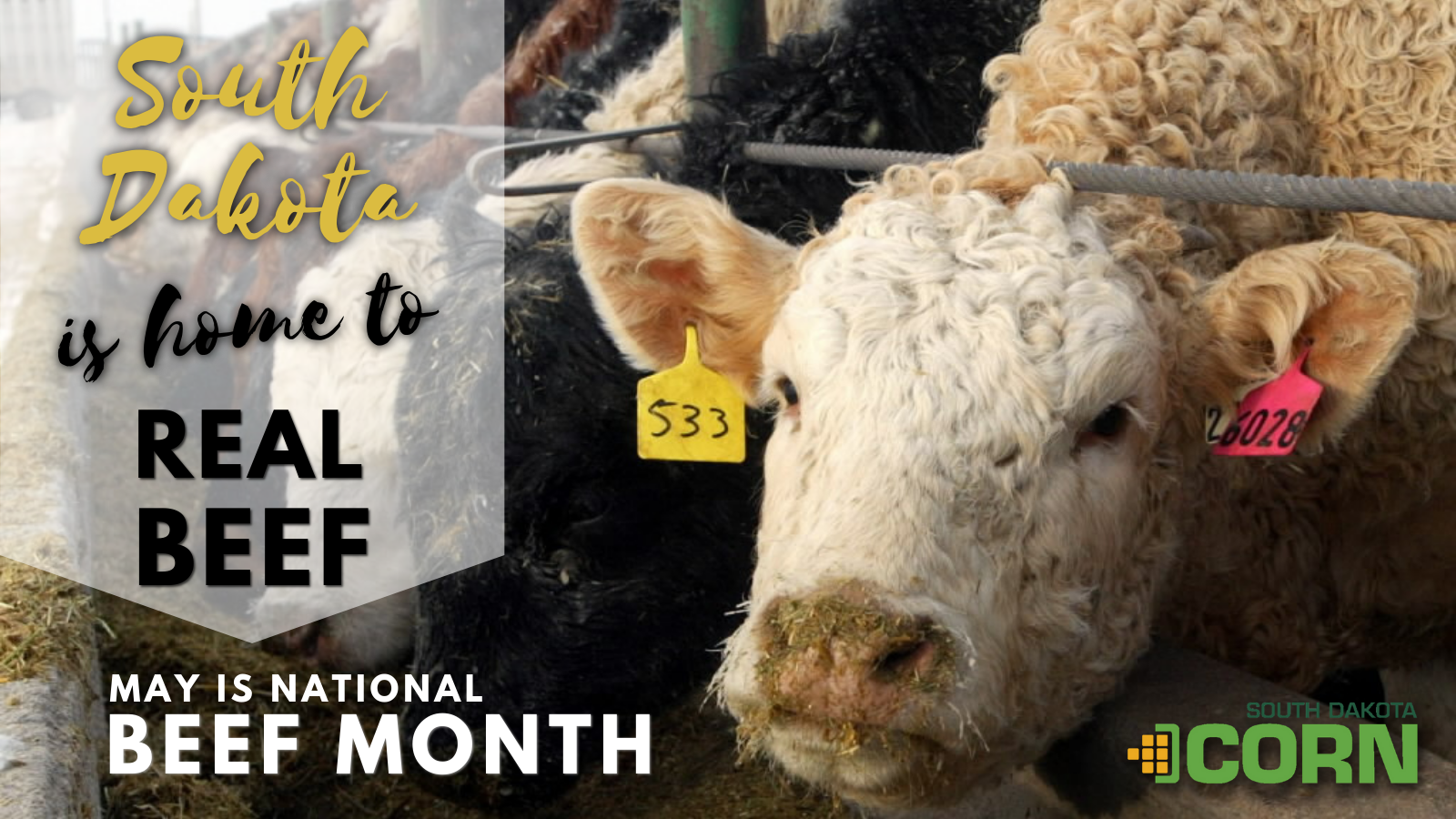 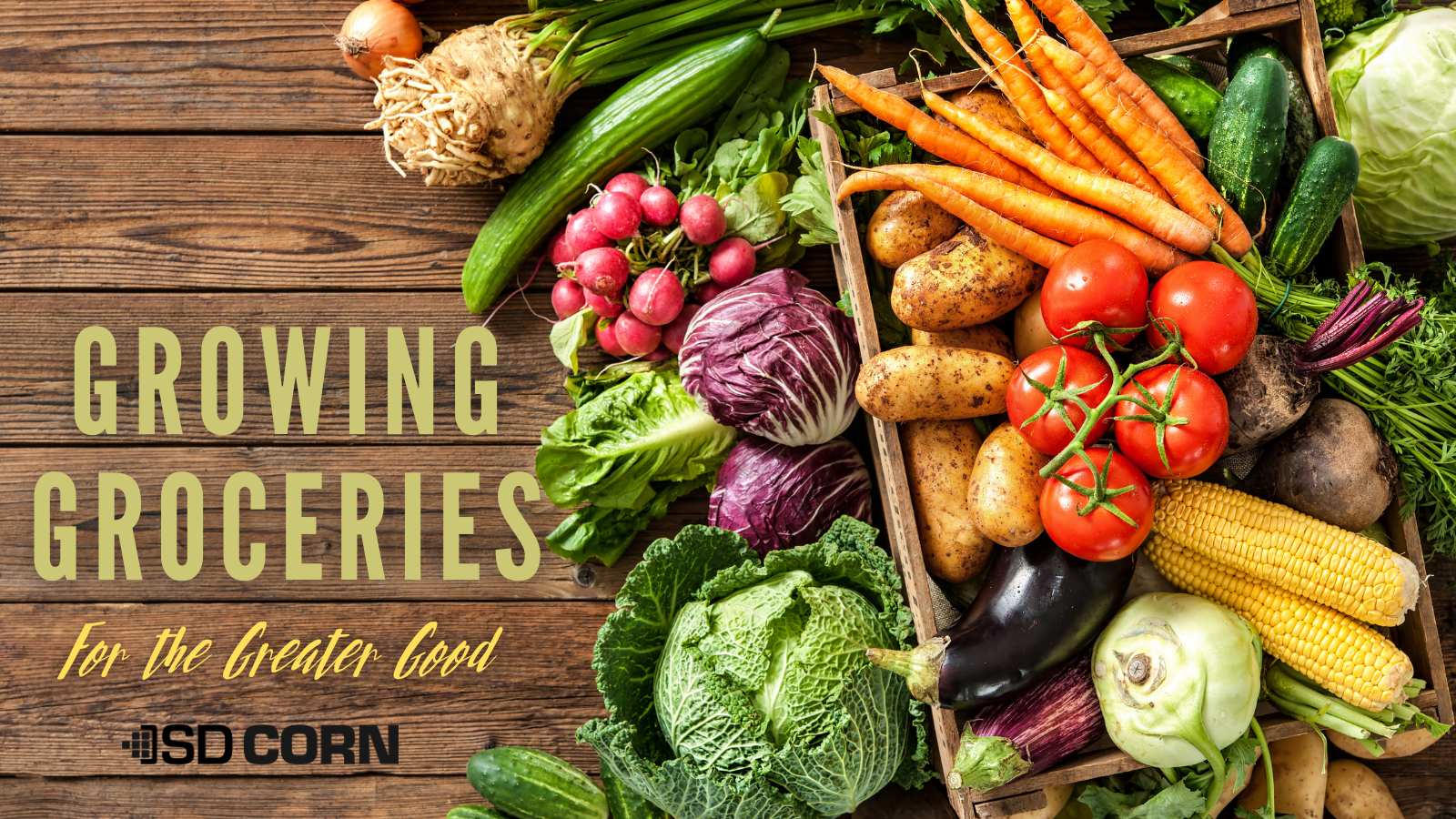 Growing Groceries for the Greater Good