Did you know that 26 percent of South Dakota farmers are women?The stereotypical farmer is an older male. But according to the USDA, there are more than 12,100 women farmers in South Dakota, farming nearly 14 million acres for a $197.1 million economic impact!Some women farm or ranch on their own. Others are part of family operations. Here’s what might surprise you about women farmers.

Women farmers handle a wide variety of farm work—anything from planting and harvesting to delivering baby animals and fixing fences.Wendi Hoing, 29, farms full-time with her husband, Jim, and her in-laws, Gary and Vicky, near Kimball, S.D. “Our operation consists of corn, beans, alfalfa and cattle,” she says. “And we do our own machining.”Along with tending cattle, operating all the farm equipment (like tractors, planters, combines, grain carts and semis), helping with machining and doing seasonal chores, Wendi does the books for the farm.Wendi also manages the home, which includes laundry, cooking, cleaning and lawn mowing. Together with her husband, she cares for their two children—with another on the way in a few weeks!Barb Kipp, 55, who farms with her husband and children near Montrose, S.D., does a little bit of everything as well. She mentions working with cattle, helping put in electric fencing and handling baling. “With our calves, I record everything, like shots,” she says. “And I pay the bills.”But that’s just a small portion of Barb’s responsibilities. She also cares for her six grandchildren while their parents are at work, and she still has two high-school-aged children at home.Whitney (Jerman) Blindert, a 31-year-old who farms with her husband near Salem, S.D., works off-farm in the agriculture industry. “I have a lot of respect for women who play integral roles on their family farm—from operating equipment to grain marketing to bringing in off-farm income or taking care of the family and home,” she says.“There is often a woman’s touch behind a successful farm. I also think the number of women farmers is going to grow in the future. New technology creates a level playing field that will help make that happen,” Whitney says.

Women are often experienced in juggling responsibilities, especially in South Dakota, which has the nation’s highest percent of working mothers, at 84 percent.“Balancing everything has gotten easier over time,” Wendi says. Her family hangs four dry erase boards on the back porch where they list tasks that need to be done. “It’s all about keeping organized, staying on task and managing our time.”Another tip of Wendi’s is making freezer meals during slower times so meals are ready during busier times.Whitney also brings her organizational skills to her family’s operation, managing the calendar and scheduling. Because farm revenue can vary based on weather, market prices and expenses, Whitney’s full-time, off-farm job brings in stable income.As a registered dietitian and licensed nutritionist for the Midwest Dairy Association, Whitney has a demanding job. “I’ve found that carefully planning our off-farm schedule can make a world of difference,” she says.

3. They Believe in Partnership

Farming isn’t ever a one-man, or a one-woman, job. “It’s a partnership,” says Barb. “There’s strength in having another person to farm with when you both strive to do your best.”Whitney notices that she and her husband bring different strengths to the operation. “He tends to see big picture and has a lot of ideas, and I tend to think through the different steps required to get that idea accomplished,” she says.“Together, we make a good pair. His education is in agriculture and mine is in nutrition, so we are constantly learning from one another. He loves to teach me about farming and how to be a good steward of the environment. And I make sure he drinks his milk and eats his vegetables,” Whitney adds.Wendi agrees. “Male or female, everybody brings different strengths to the table. Being able to spot those strengths and use them fully benefits the operation,” she says.“I've learned a lot from my husband, but I know that he's learned a lot from me as well,” Wendi says. “Being able to capitalize on each other’s strengths has been a great benefit to our business. We look to each other for advice and ways to problem solve, and each of us values each other's opinions equally.”

4. They Love What They Do

Wendi is doing exactly what she’s wanted to do since childhood. “I grew up on a farm and I knew that it was what I wanted to do from a very early age,” she says. “Both Jim and I actually come from fourth generation farms.”“I love what I do,” says Wendi. “And I love having my kids with me through it all.”Whitney is also following her dreams by being part of a farm. “I was lucky to be born and raised in a farm family, and I have so much respect and admiration for my parents,” she says.“Now, I'm proud to be a part of another farm family and have the opportunity to raise my own family with the same values and work ethic as I experienced growing up.”According to Barb, the hard work is worth it when you know you have a purpose. “When you’re doing it for yourself and your children, it’s valuable.”She also enjoys seeing the results of her work. “When we wean the calves and see how the cattle have grown, I feel a sense of accomplishment,” she says.

5. They Want You to Learn About Farming

It can be frustrating for farmers—women and men alike— to see falsehoods about farming accepted as truth.“Sometimes farmers get a bad rap,” Barb says. “But, there are a lot of misconceptions. If we didn't treat our animals and the land with honor, and if we didn’t do what’s needed to protect the environment, we wouldn't be in this business very long.”“We do care about our land and our animals and about our way of life,” she says.Visiting a farm is the best way for city dwellers to learn about farming, according to Wendi. “For someone that doesn't know necessarily the ins and outs of farming, I would say if you know anybody that is involved with a farm, ask questions and even go out to their farm.”“Most farmers would be open to providing a tour of their operation and showing you what they do on a daily basis,” Wendi says.Farmers are interested in learning more about non-farmers’ interests and concerns, and they’re eager to build relationships.Whitney agrees. “I’d like to challenge non-farmers to get to know a farmer if they have the opportunity. Maybe that means reaching out at a local event or taking advantage of a farm tour or open house in the summer.”“Have a conversation,” she continues. “Get your questions answered by the experts who produce our food. Ask them how they care for their animals, their land. In addition to meeting the wonderful people behind the product, you likely will gain a greater understanding of what it takes to be a farmer, as well as confidence in our food supply.” 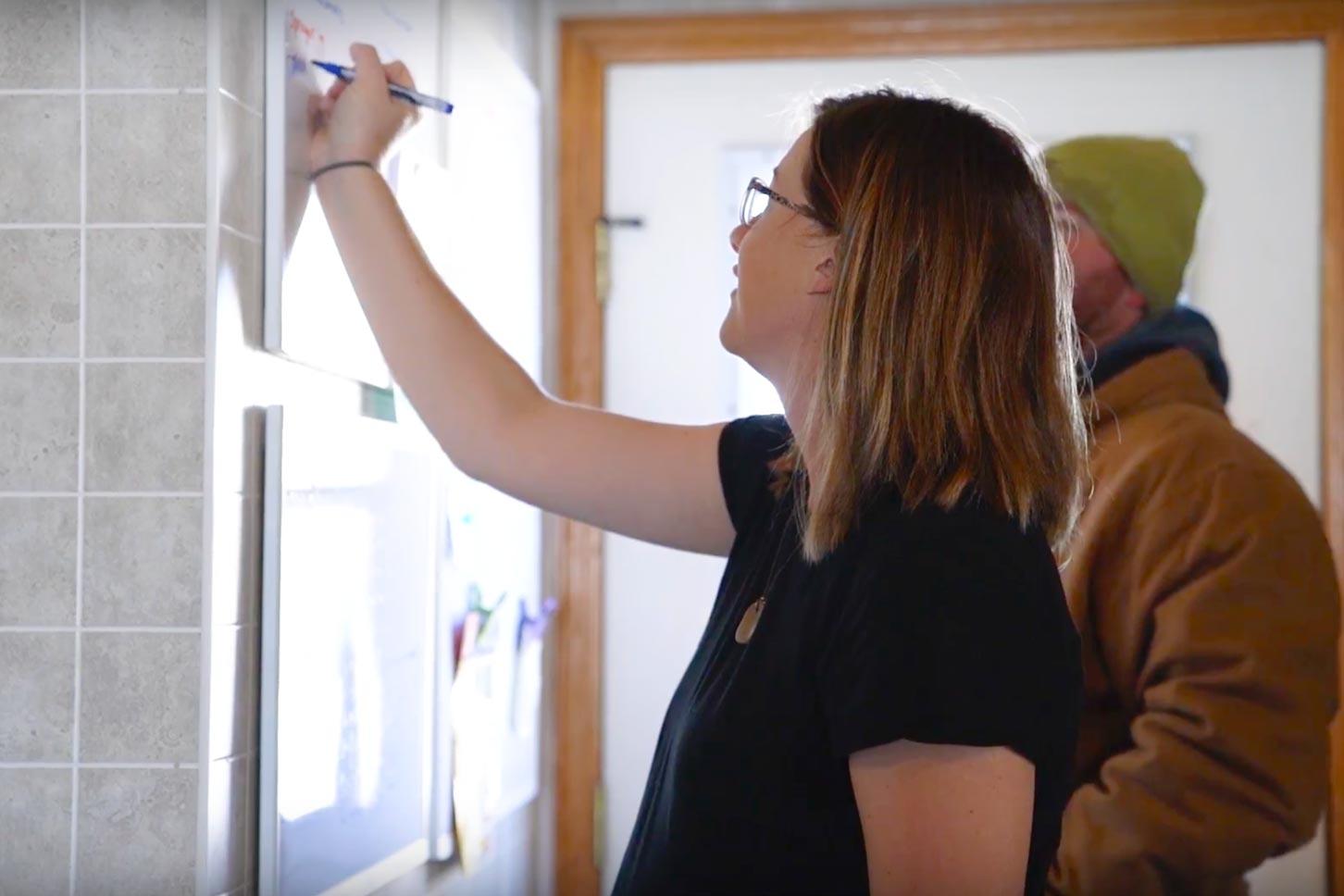